Recently I was involved in a project where I had to create a lot of shortcuts in VMware Dynamic Environment Manager (DEM). DEM does not have a built-in option to bulk import existing shortcuts at this moment. Instead of creating the shortcuts all manually and since the DEM shortcuts are all file based (XML), I decided to create a small script. This script allows you to select a folder that contains existing shortcuts (LNK files) and export them to a folder, where they are saved as DEM XML (shortcut) files.

The script is PowerShell based and can be found on GitHub, where it will receive its updates.

You are free to use the script as provided, or adjust and run it for your own (specific) needs.

This is also the location to place comments, issues  and requests.

I am not a full time scripter. So, probably some things can and may be optimized. I am open for suggestions and recommendations ;-)

Running and using the script is really straight forward and isn’t really rocket science. But, to give you an impression anyway, here are the steps to get you started. 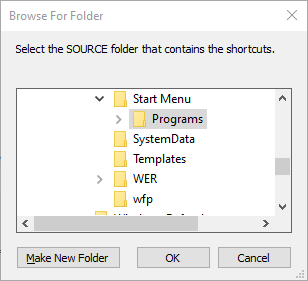 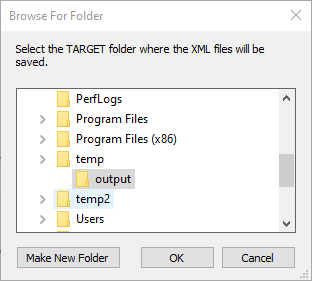 The location you want to copy the DEM XML files to is typically something like \\server\demconfigshare$\general\FlexRepository\Shortcut.

I recommend to test the shortcuts in a test or acceptance environment first, before putting in them in production.

I hope this script is useful and helps you prepare and migrate to DEM a little bit faster.